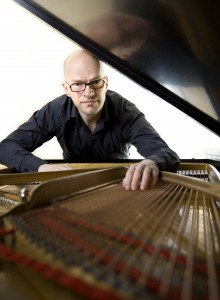 Join Finnish keyboardist Kari Ikonen for a special workshop at the Jazzschool.